Article for Live in The Grey

I once had a teacher tell me, “the more discomfort you can handle in both social and living situations, the more successful you will be.” I must have taken it to heart, because I live in an exciting, but often uncomfortable place in between fashion and technology, a realm that I only entered after a series of encounters revealed to me the connection between the two.

Fashion and technology are at constant odds with each other, from the personalities, operations, and priorities, to the understanding of what functionality is, and the creative process. Technology seeks efficiency, durability, and practical functionality. In technology things may be well designed- think of Dieter Rams and Apple, but often in subservience to functionality. Once I realized I could invert the goals of engineering and design, the ideas flowed and I funneled those ideas into a larger scale of work.

Before I started teaching, and before the dive into fashion and tech, I visited Parsons the New School for Design where I saw students building with textiles and technology and I knew at that moment that this is what I wanted to do. At the time, I was working at PIIM (Parsons Institute for Information Mapping) and was ready to make a move. A friend of mine asked me to apply to teach, and I did!

Like many things in life, my passions came together in pieces, kind of spontaneously. My work-related experiences always took root in a personal passion. For instance, I was missing my love in Texas, and technology couldn’t really bring together the small moments that people share. So, as just an idea, I began crafting two rings, which light up and get warm via a wireless receiver every time you squeezed them. I made small leaps like working on a new project with a friend, paid projects, and doing passion projects (like the rings), and all of them started to manifest into something bigger and whole. While nothing in life usually happens all at once, all of these small interconnected experiences led up to larger scopes of work, including talks, books, and more.

After Parsons, where I taught fashion technology, I challenged my students to look at the world with inverted priorities. While there I was inspired to write a book, Switch Craft, to share my knowledge and passion with others. In the book, we take electronic toys and remove their functionally dedicated cores, “the brains.” We then install them into new shells, new applications, new sewn and designed projects. The original features take on new meaning. Random House published my book, and Martha Stewart saw it, inviting me onto her show. I went on with an illuminated dandelion and porcupine doggy costume, per her request. You don’t say no to Martha! This passion of “inverting the rules” took a new form in 2012, when I created the heartbeat dress. It is an illuminated slip with silk over layer that reads the wearer’s heartbeat and displays it as a light pattern. The slip lights to the beat of the heart like soft luminous reflective water cascading in the moonlight. It debuted at SXSW, 2012. The dress says it’s possible to have electronics and illumination without the harsh edges and structure. We invert the rules, making what is most hidden, obvious, and as a result, the electronics achieve a transcendent expression with the garment.

In this pursuit of passion, failure has been part of the picture. In two years, I’ve lost two co-founders. We’ve had false starts with manufacturers. We’ve tested our personal limits, cut our food budgets, and then some. When the going gets tough, I always spearhead my passions and surround myself with similar people, and new opportunities have always risen.

I left NYC In 2010 to attend Singularity University in Silicon Valley, on the NASA campus. The program studies the impact of technology on humanity. For 10 intense weeks, I studied with 80 amazing people from 34 countries. They were business people, technologists, computer scientists, geneticists, rocket scientists, and futurists. As a fashion and art nerd who loves to blog and share, I was a high heeled fish out of water when I first came to Silicon Valley. But my fellow students had something to teach me about fashion and technology.They don’t quit. They showed me how failure is at the root of creativity and spawns new ideas. They inspired me to stay, with no job, no car, and no home and start my latest company, right there. A year and a half later, I have a team, a studio, a beautiful leather prototype, a couple clients, manufacturers, and have traveled to Korea, Japan, Switzerland, Paris, Florence and London.

It’s not a romantic lifestyle, even though we call ourselves, “romantic technologists.”

We embrace conflict, discomfort, and failure, and we have fun with it.

If I have anything to offer to others seeking their passions it is that you have to really believe that good will come of your talents and find the right people who want to share the experience over and over again. If there is a barrier, surround yourself with people who can see around it even if you can’t. Believe and be brave and don’t quit. That is the only way.

Featured in Live In The Grey 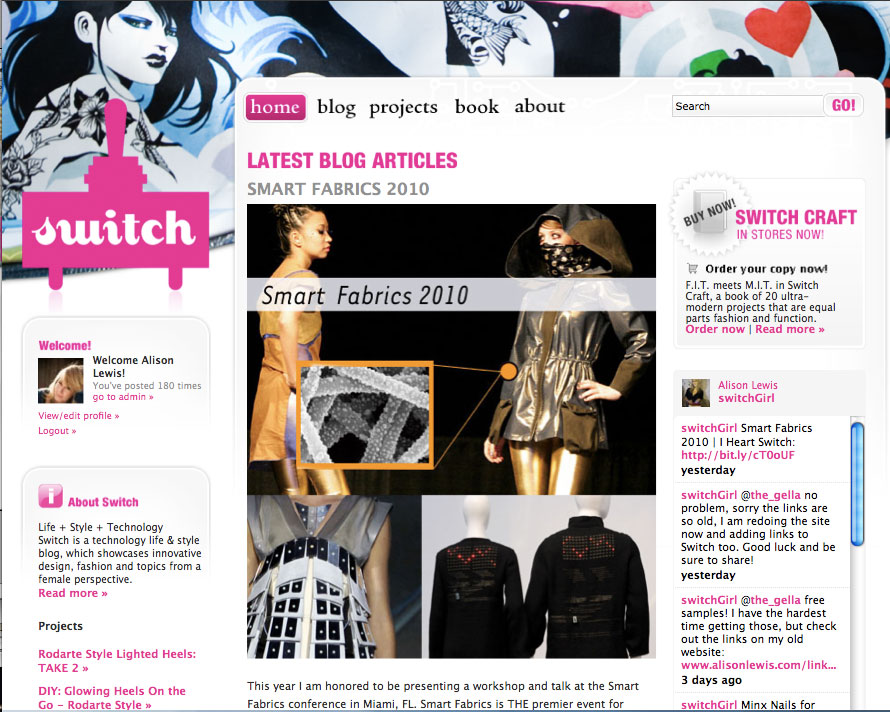 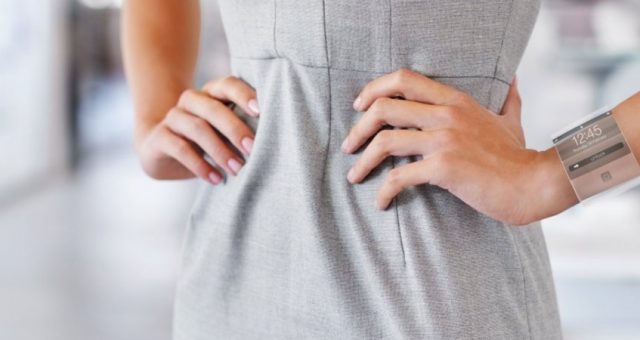 The Marriage of Wearable Tech and Fashion Design – Part 1 – Inc.com 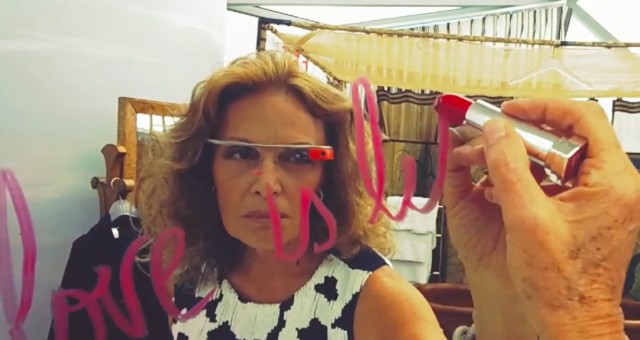 DVF and Google Glass – It’s not about the glasses 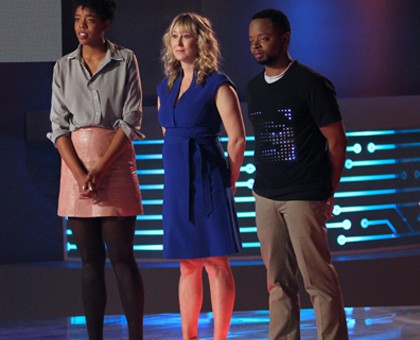 “I was On Reality TV” – MEDIUM.COM